At Actor's Playhouse, The stage is deep, wide and tall.  However, There is limited wing space and no fly system.  We solved Miss Saigon's cinematic flow by using a revolve divided into 3 sections that could also be played on top of,  multiple sets of slider panels which included a top section so we could close in and iris off the space as we choose to, and roll drum drops.  For the aesthetic I wished to take a more artistic impressionist stroke inspired by the shows Opera roots and lots of Bamboo.  The helicopter was a fully dimensional cockpit counter balanced by sand bags and an actor escape hatch out the back.
Director: David Arisco
Scenic Designer, Charge Artist, Dressing : Sean McClelland
Lighting Designer: Patrick Tennant
Costume Designer: Ellis Tillman
Sound Designer: Alexander Herrin
Technical Director: Gene Seyfer
Scenic Artist: Cristina Arroyo
2010 Carbonell Award Nominee 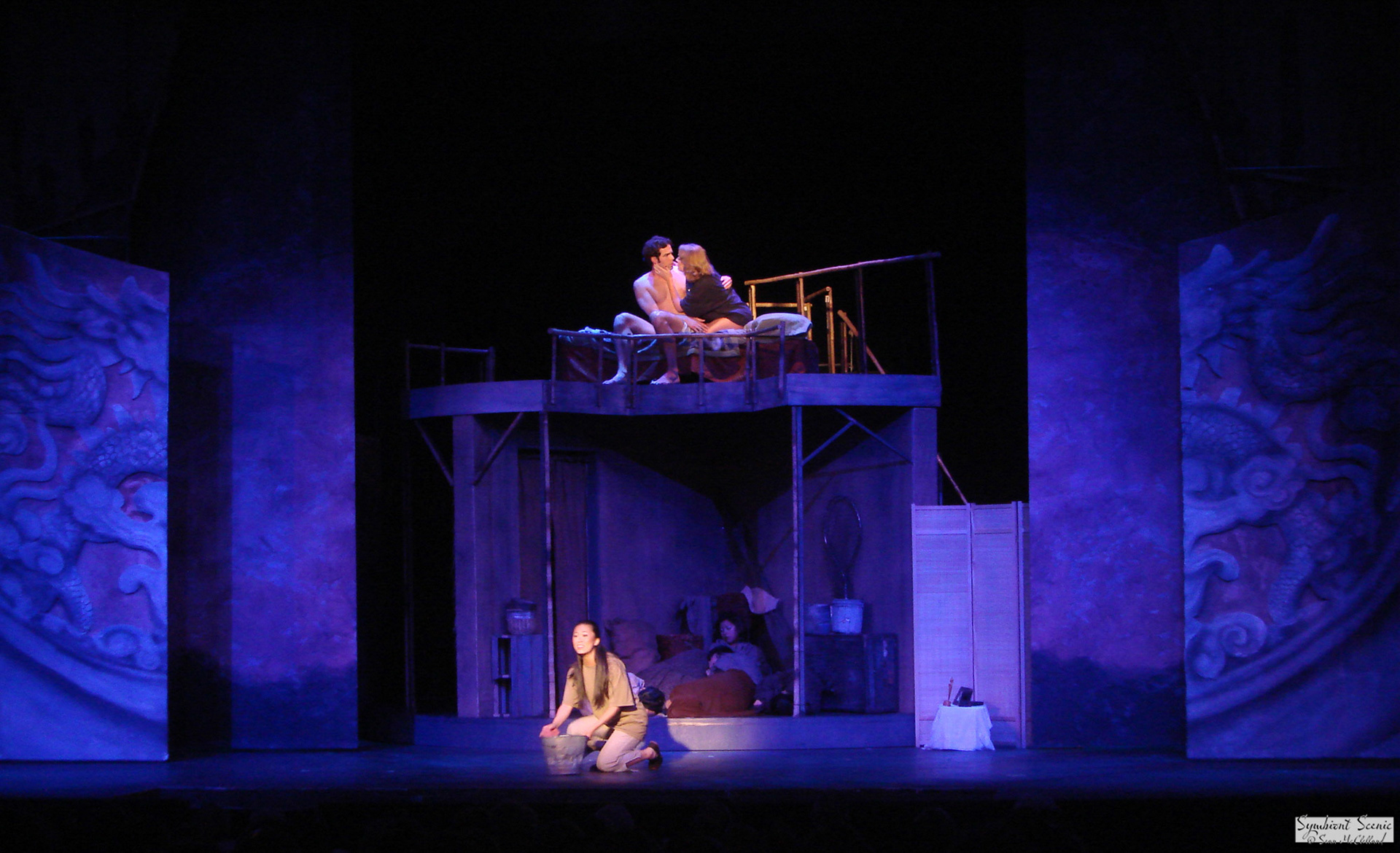 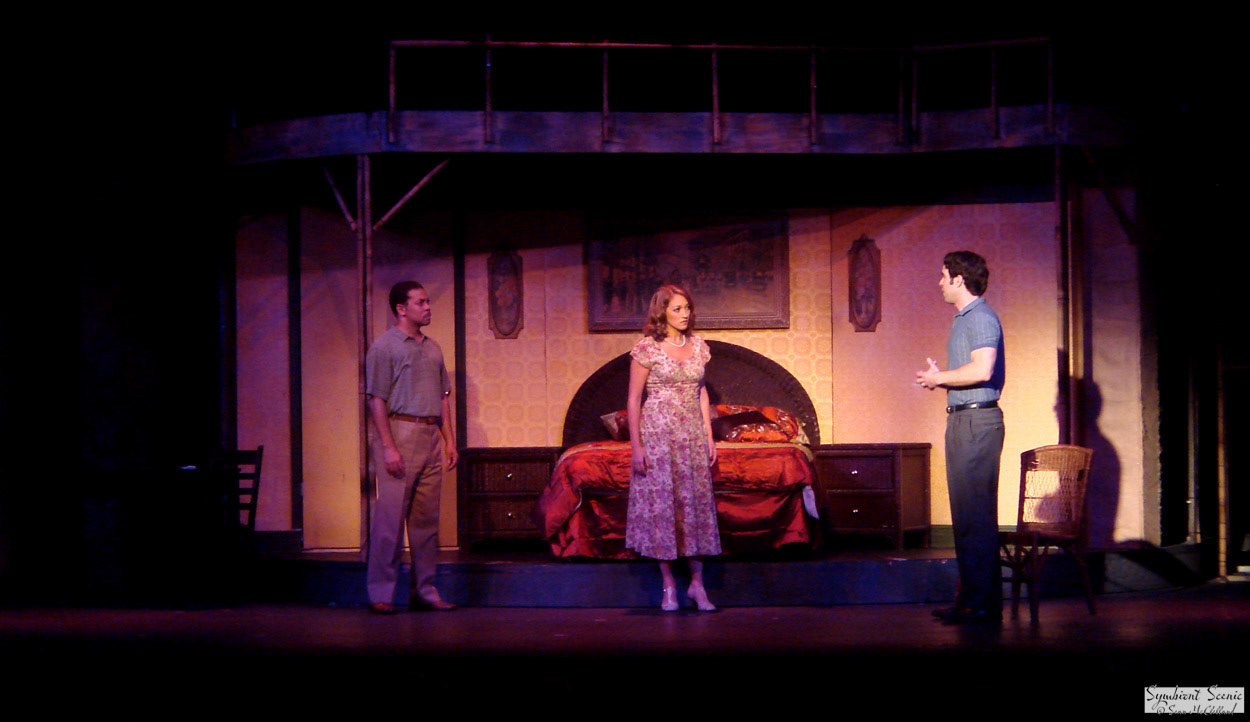 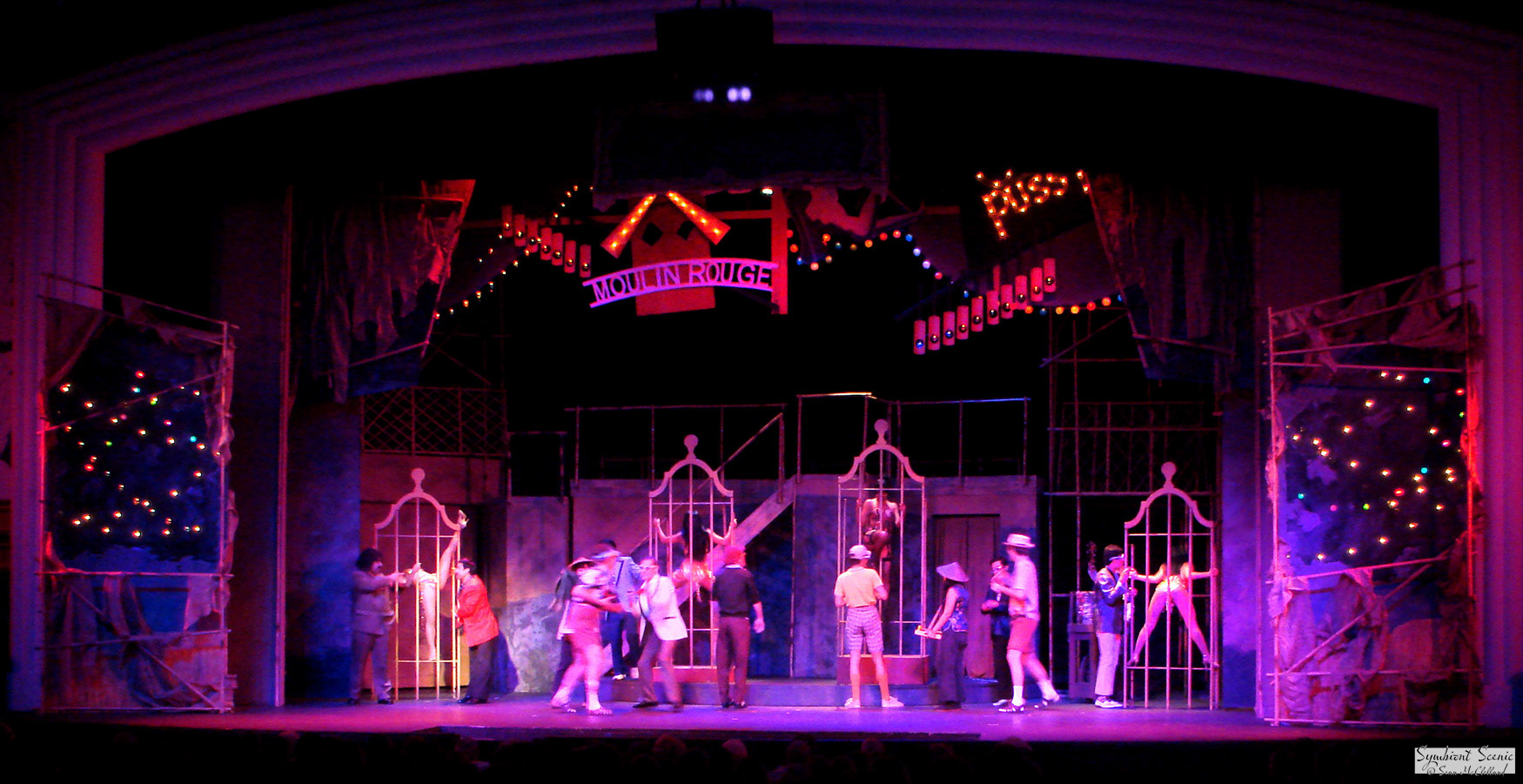 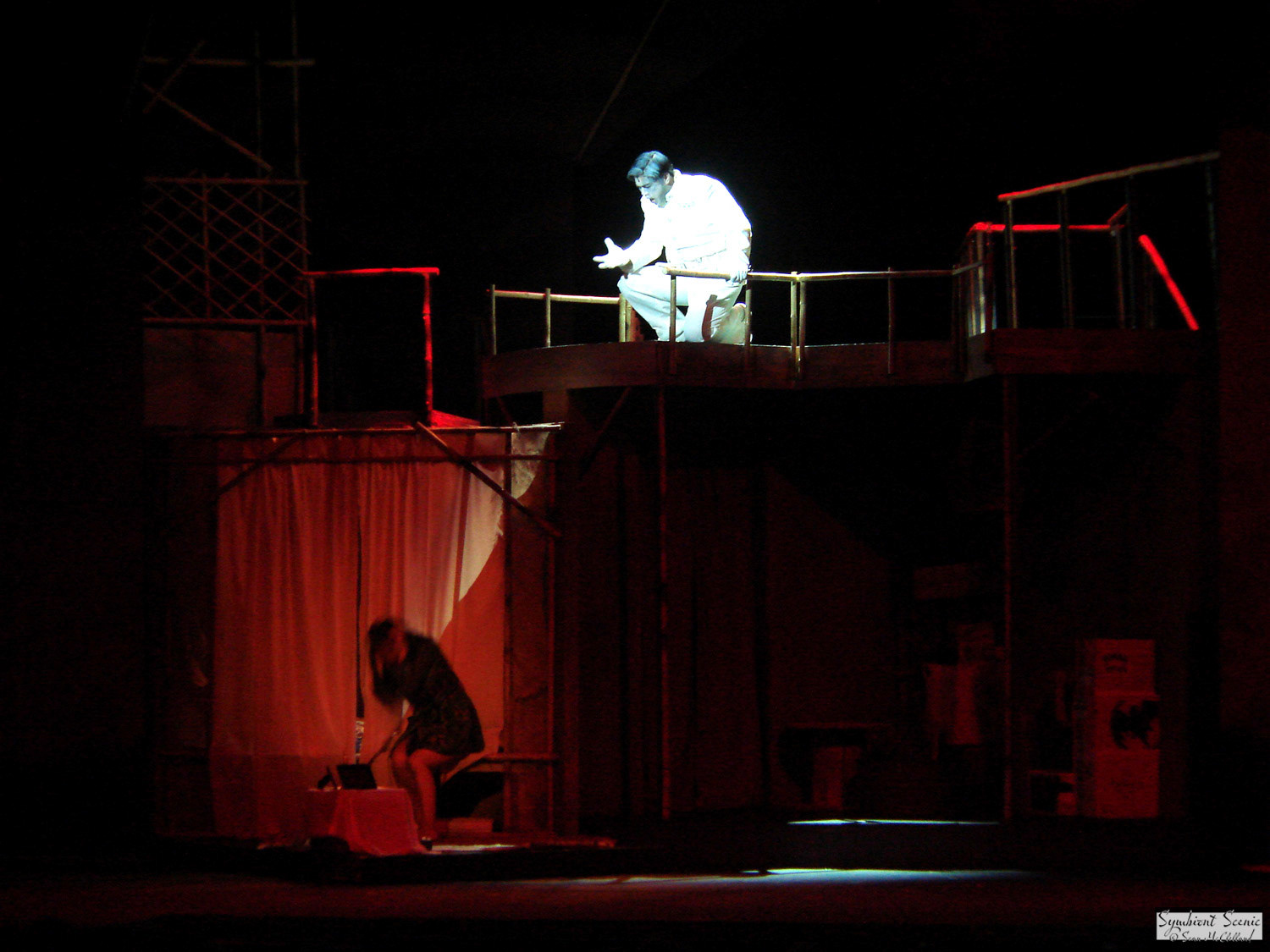 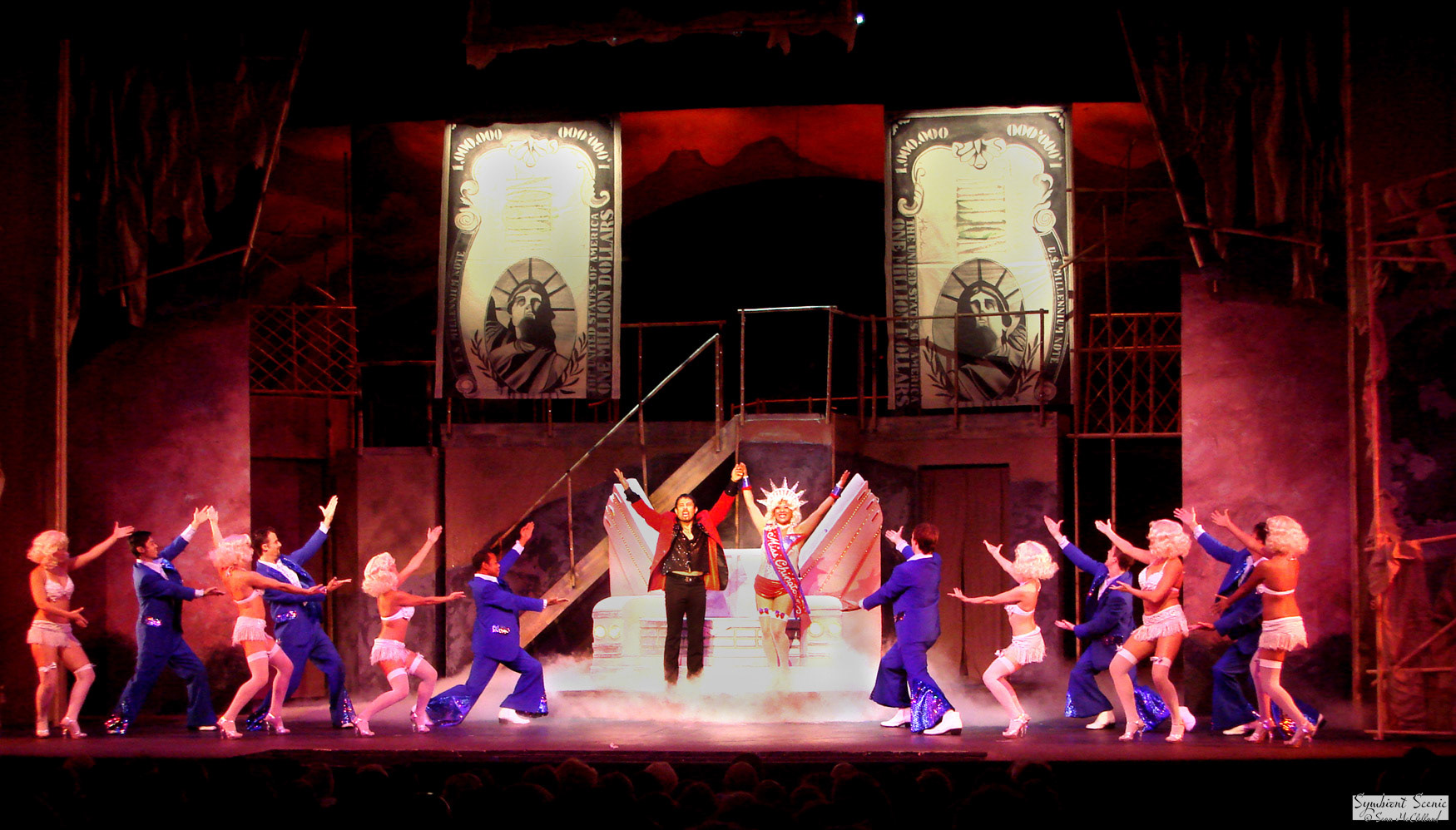 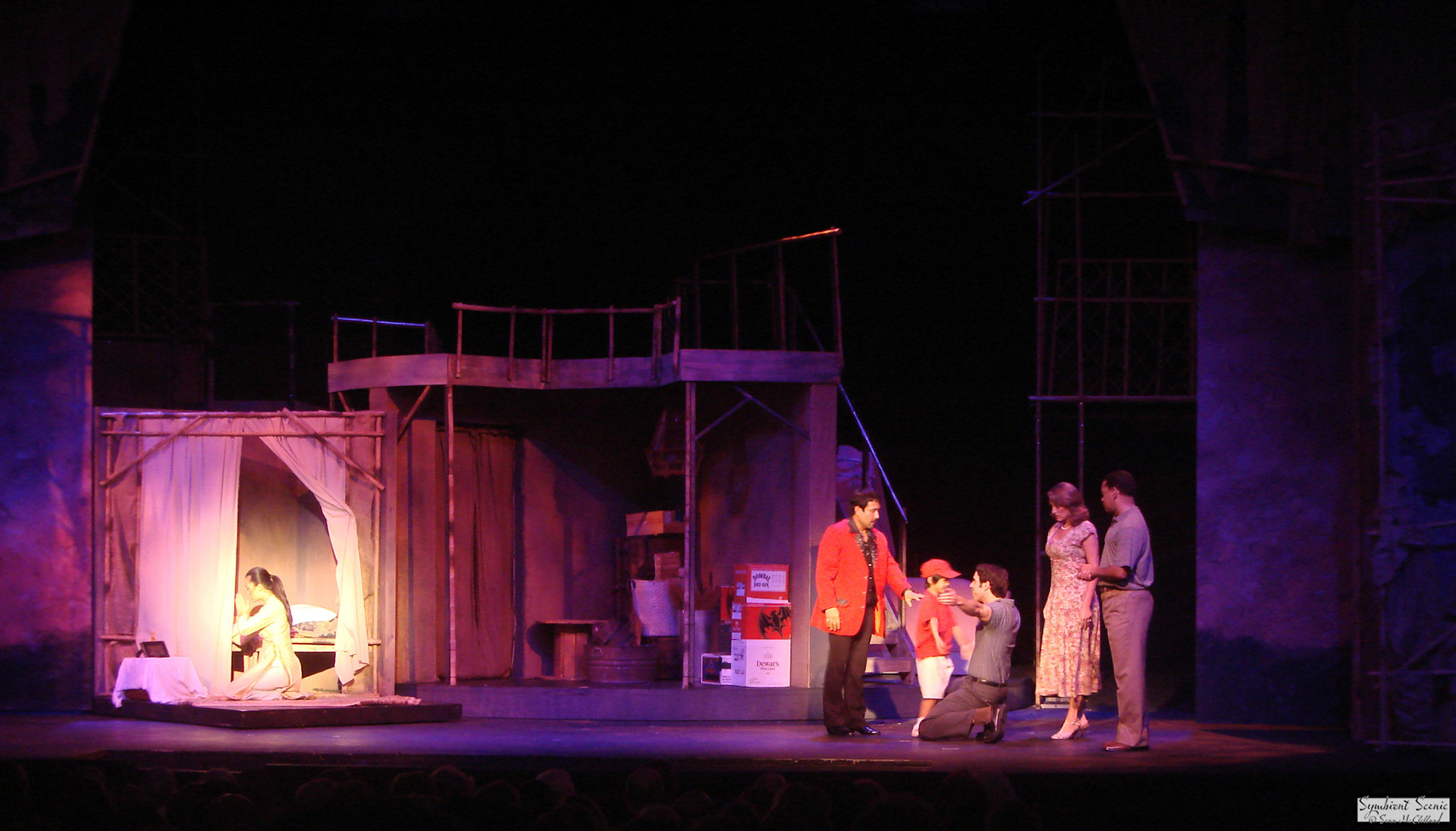 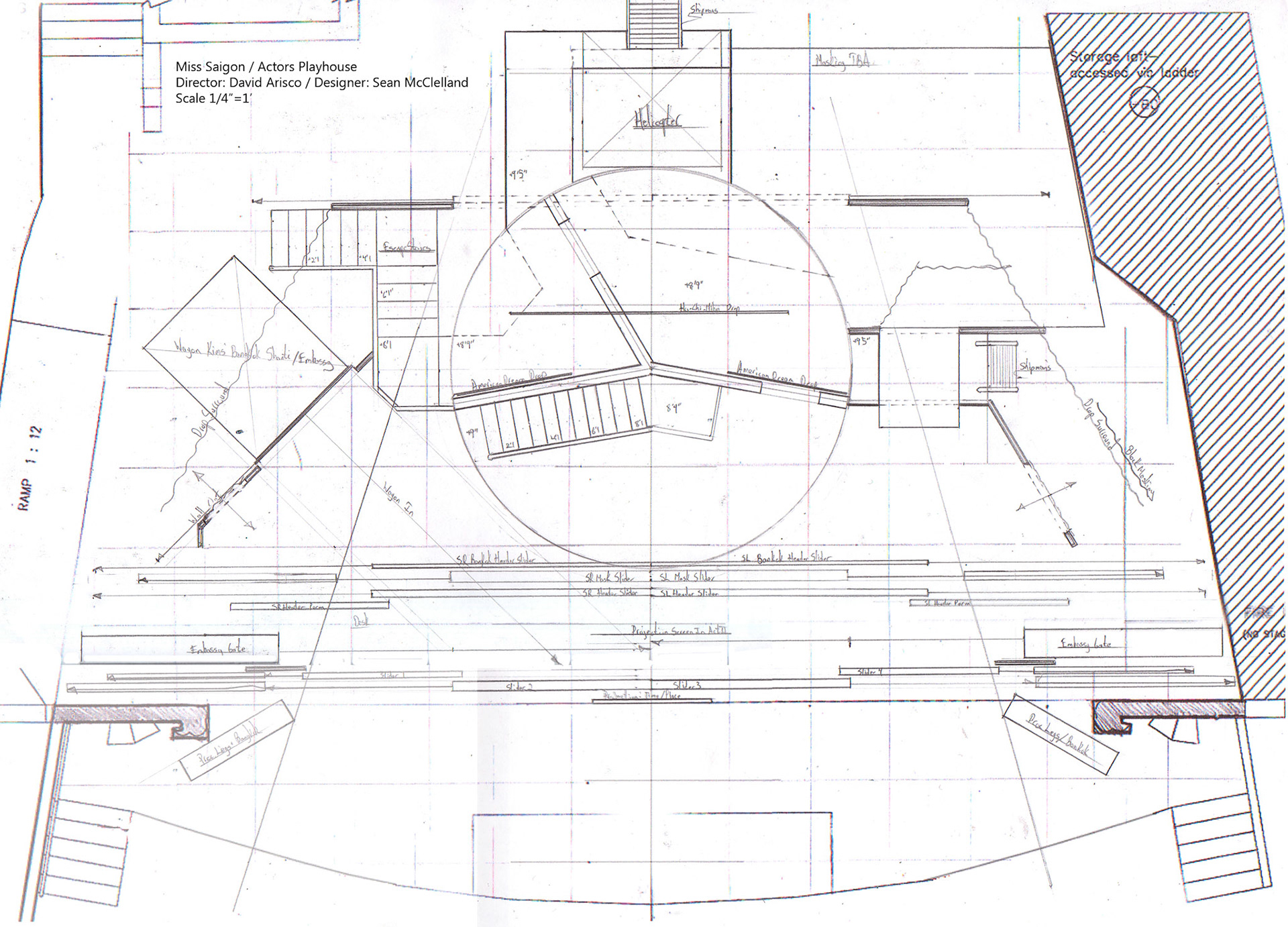