The Woman in Black, a ghost story with two actors (plus a ghost) telling the accounts of numerous characters in a play within a play.  You don't get a better Theatre than Penobscot's 100 year old opera House where every other step in the house creaks.  Thus the design concept was hatched.  I wanted to actually use the raw theatre with it's work lights on and an abandoned decades old opera set for our setting.   Torn drapes framed the stage while torn scrims hid upstage areas to play in like the "nursery".  Layers upon layers of costumes, props, and dressing filled the aesthetic and gave miss direction for character changes and built in scare tricks like the falling chandelier.  Lots of air brush sprays to deepen the corners and sprayed cob webs all over for detail.
Director: Bari Newport
Scenic Designer,  Dressing: Sean McClelland
Lighting Designer: Jonathan Spencer
Costume Designer: Kevin Koski
Sound Designer:  Brandi Rita
Properties Designer: Meredith Perry 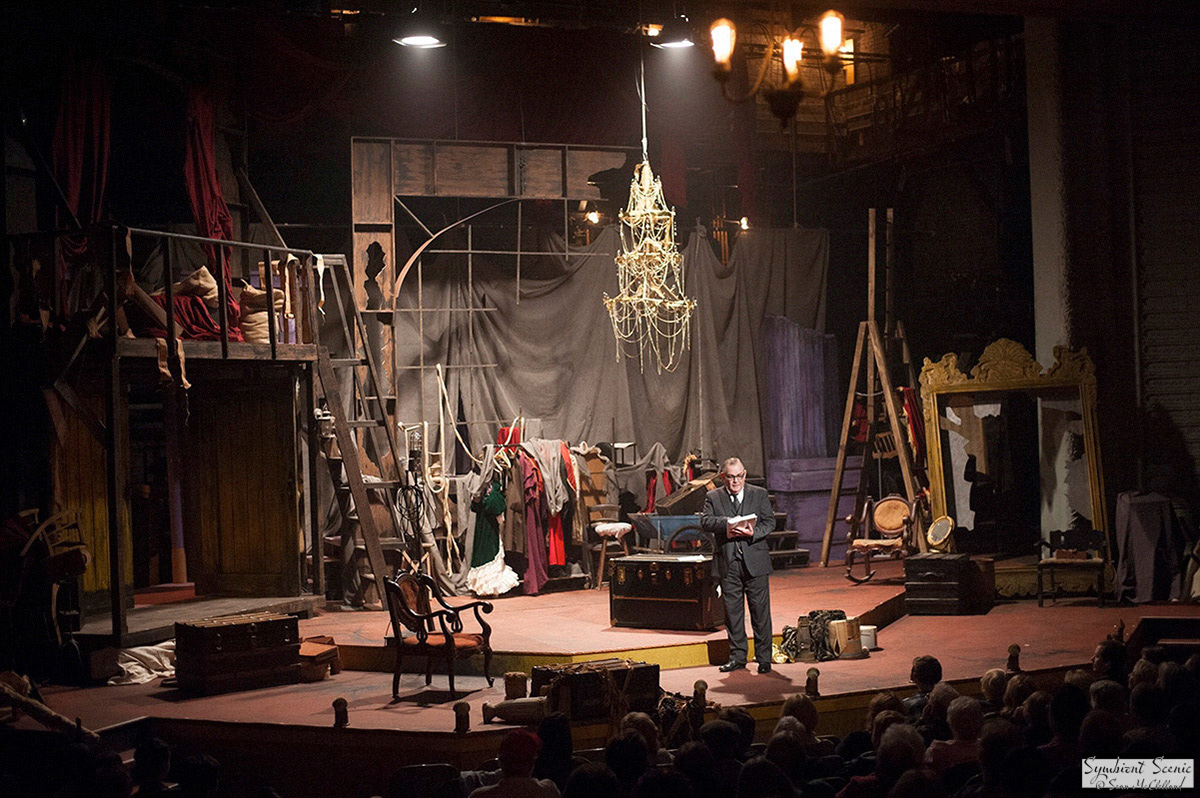 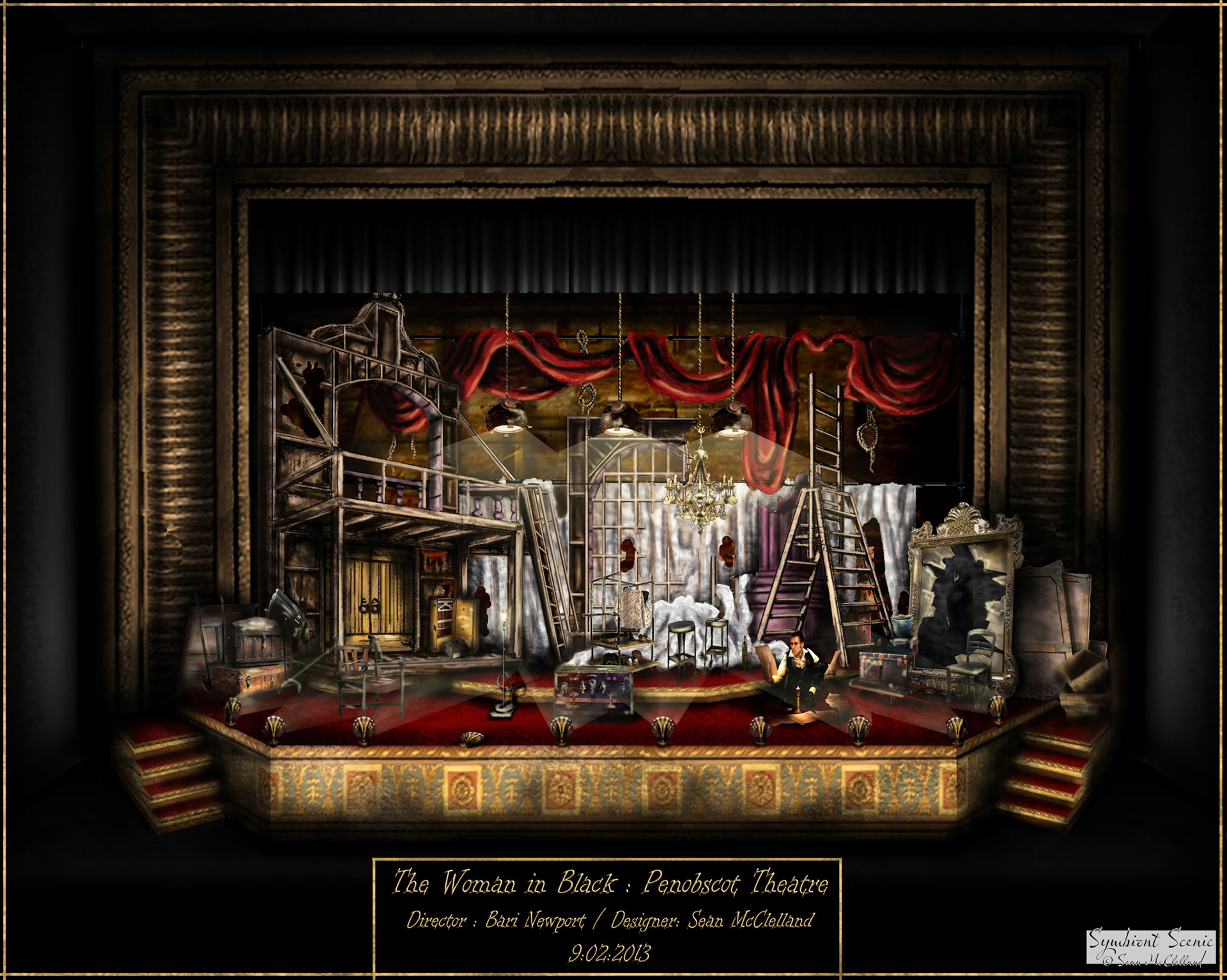 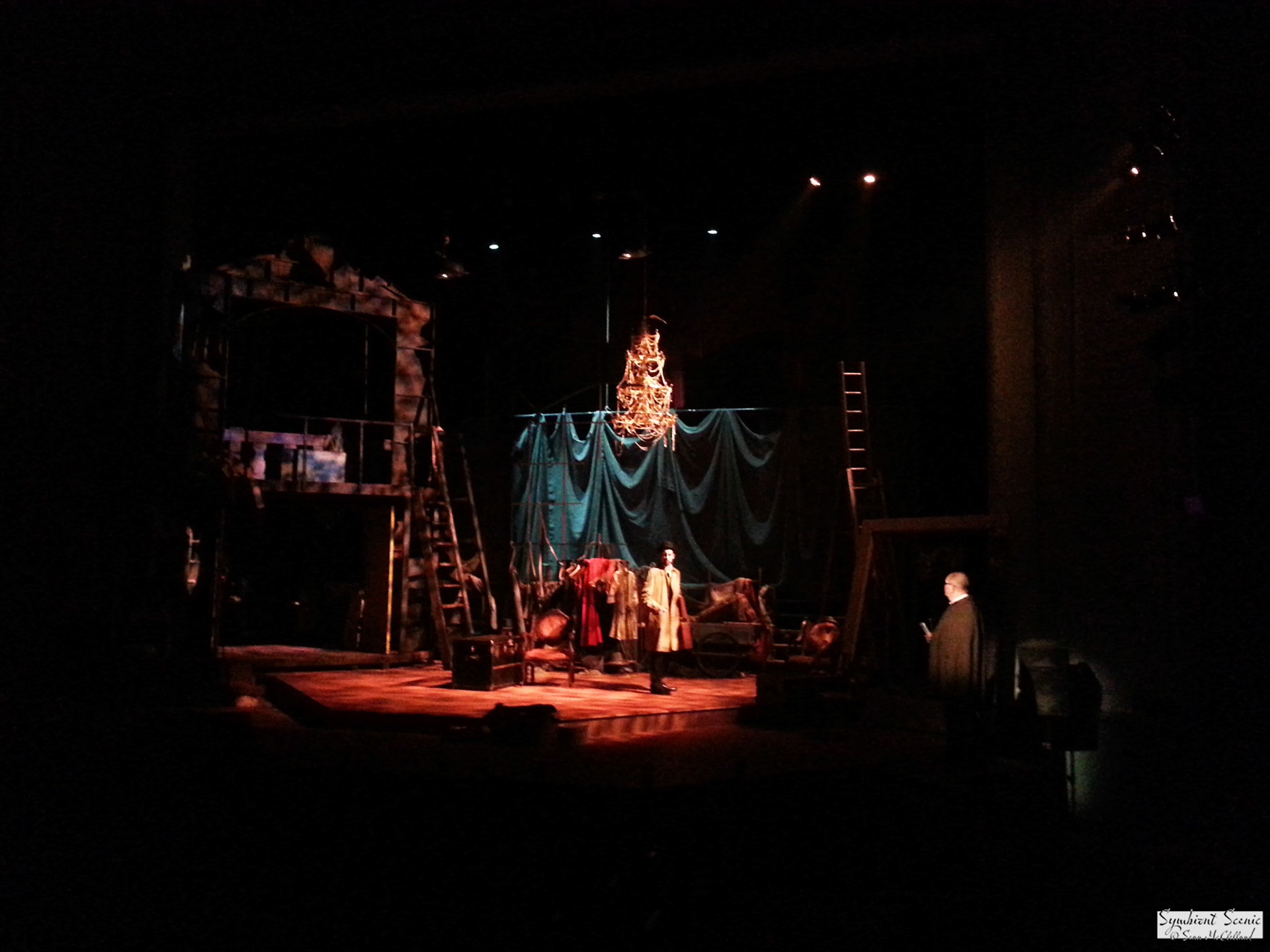 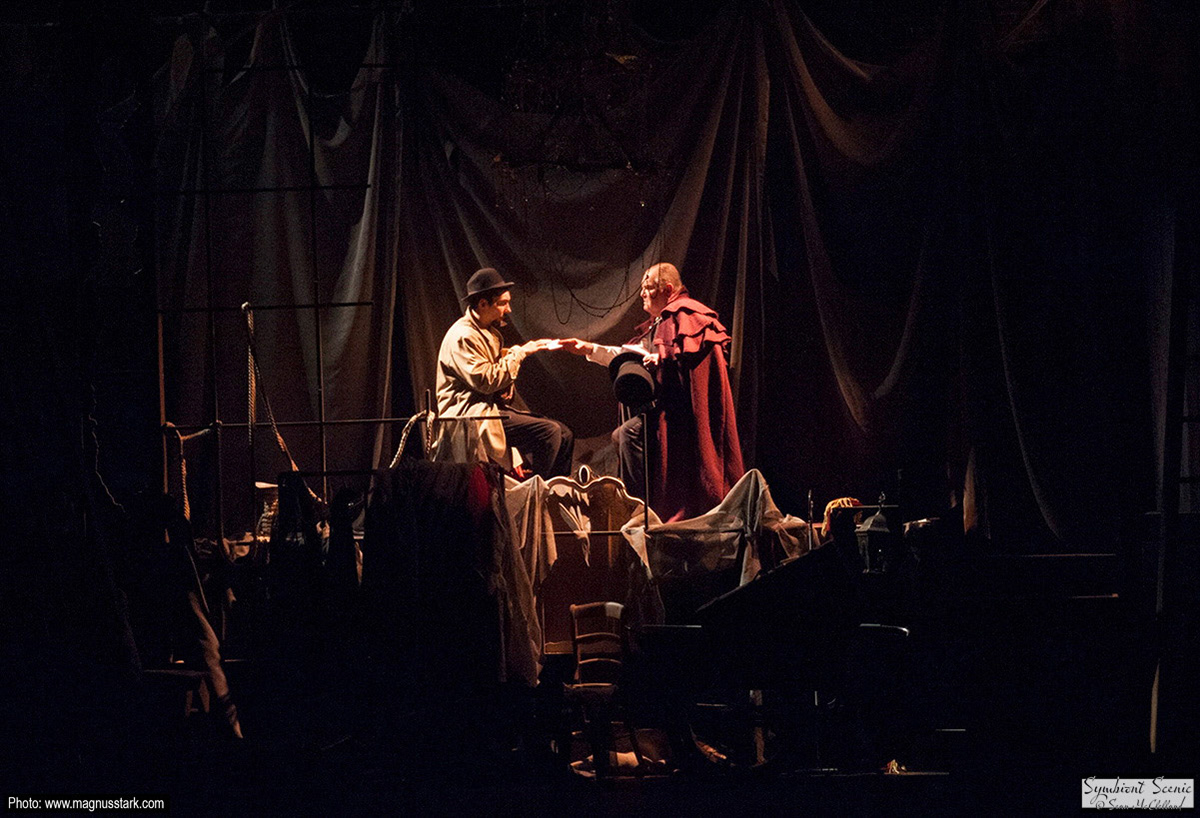 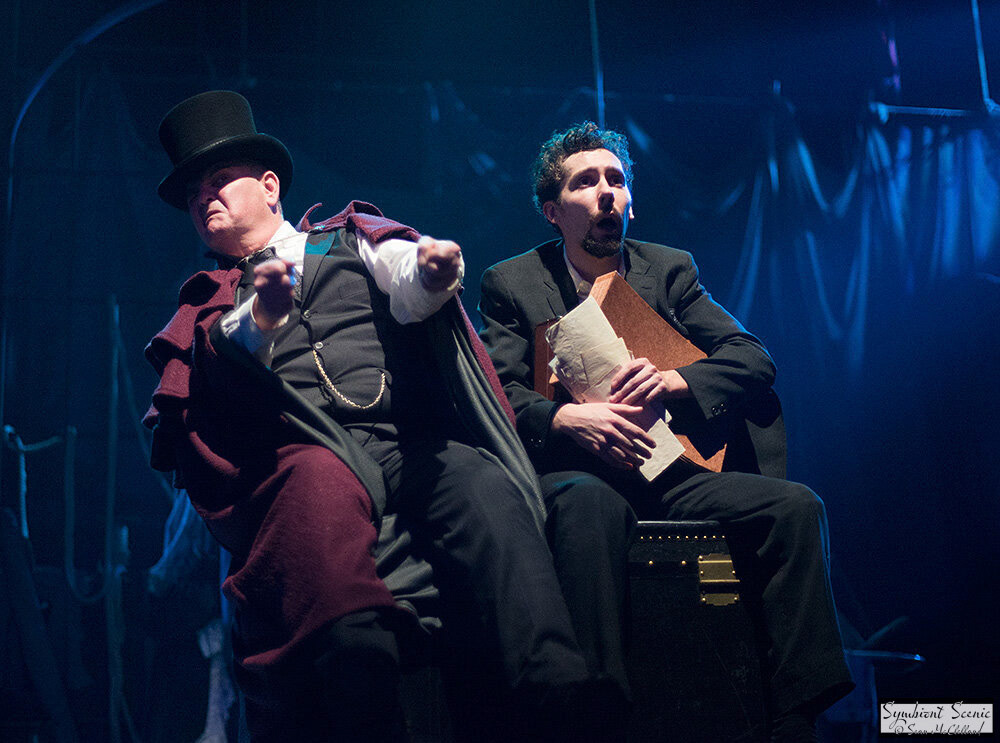 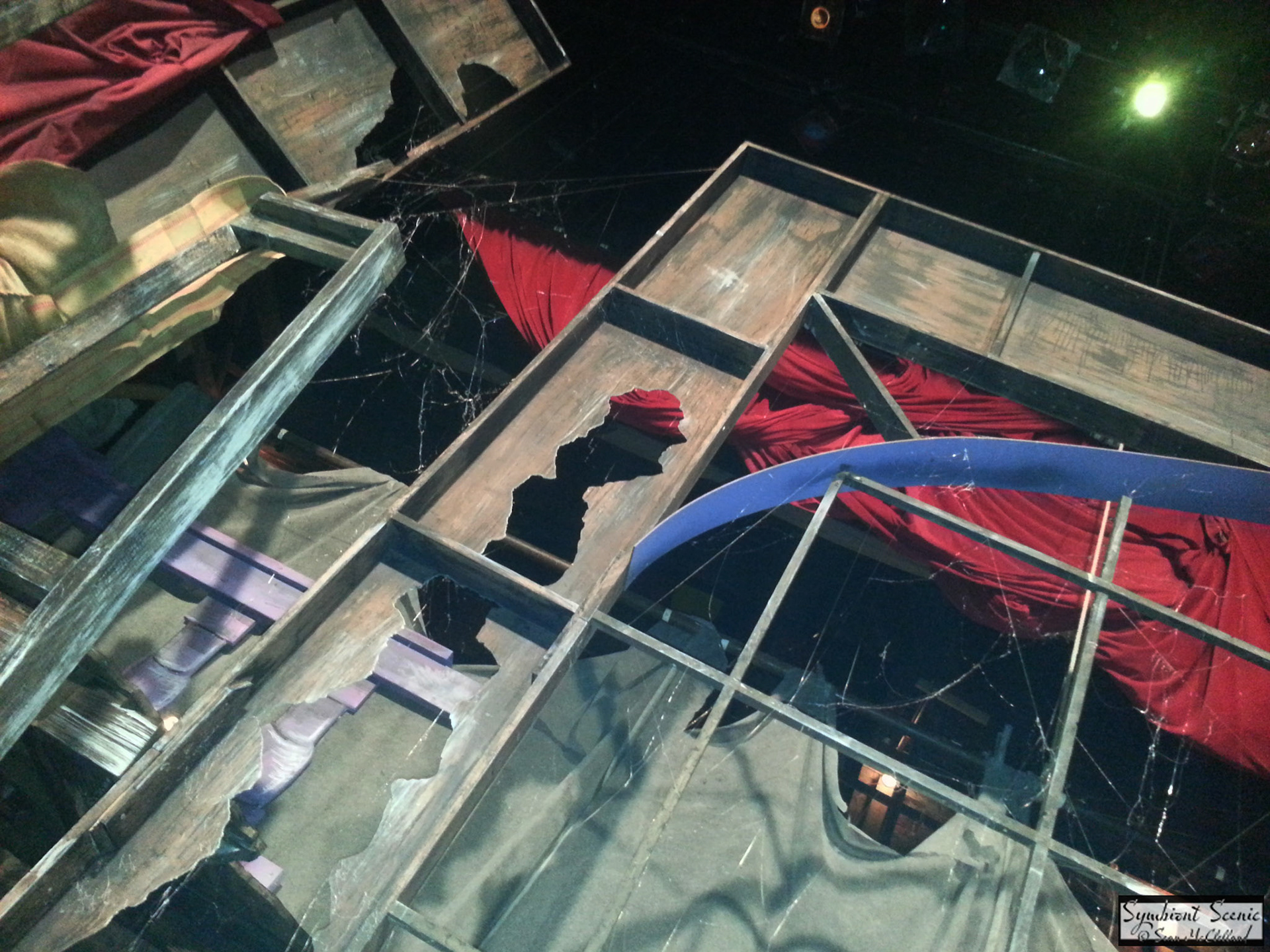 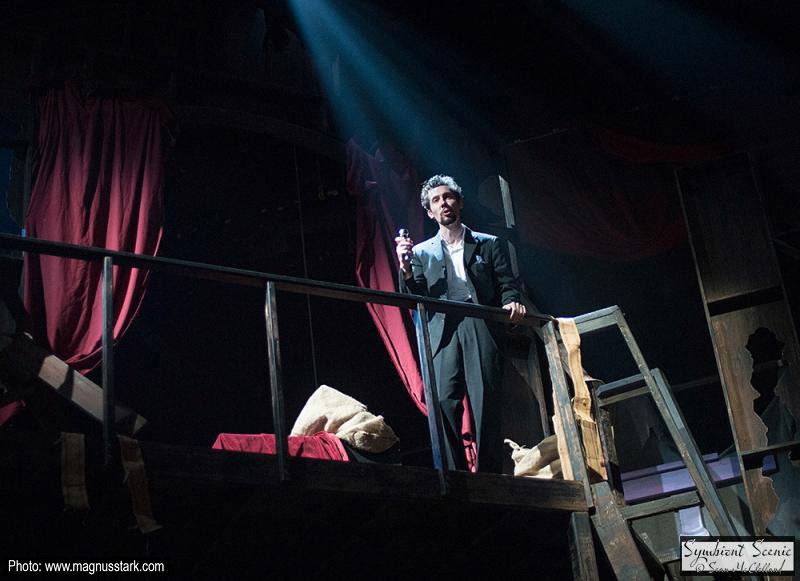 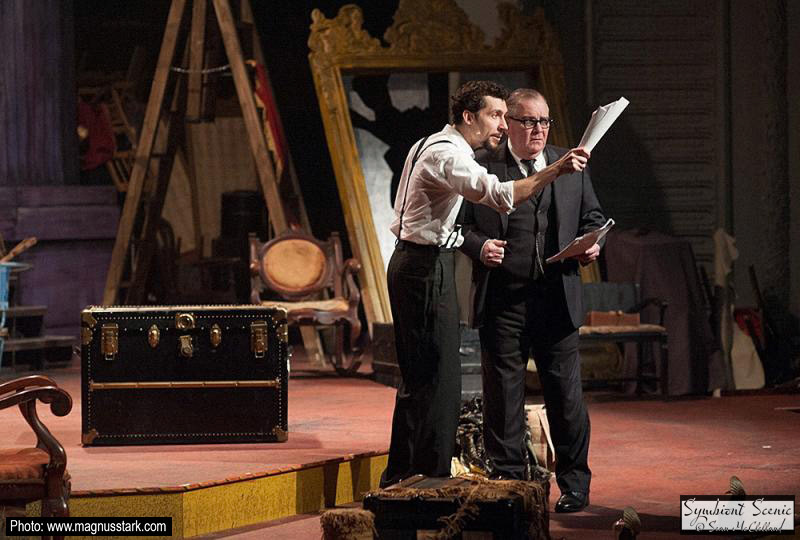 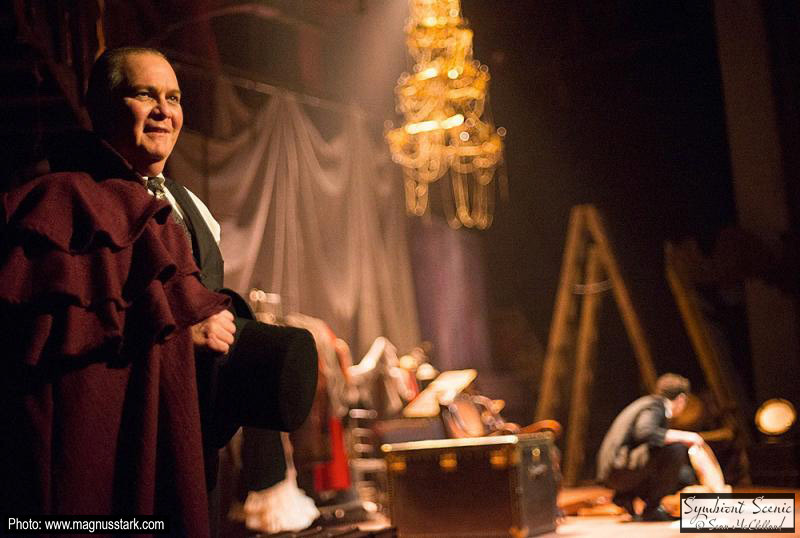 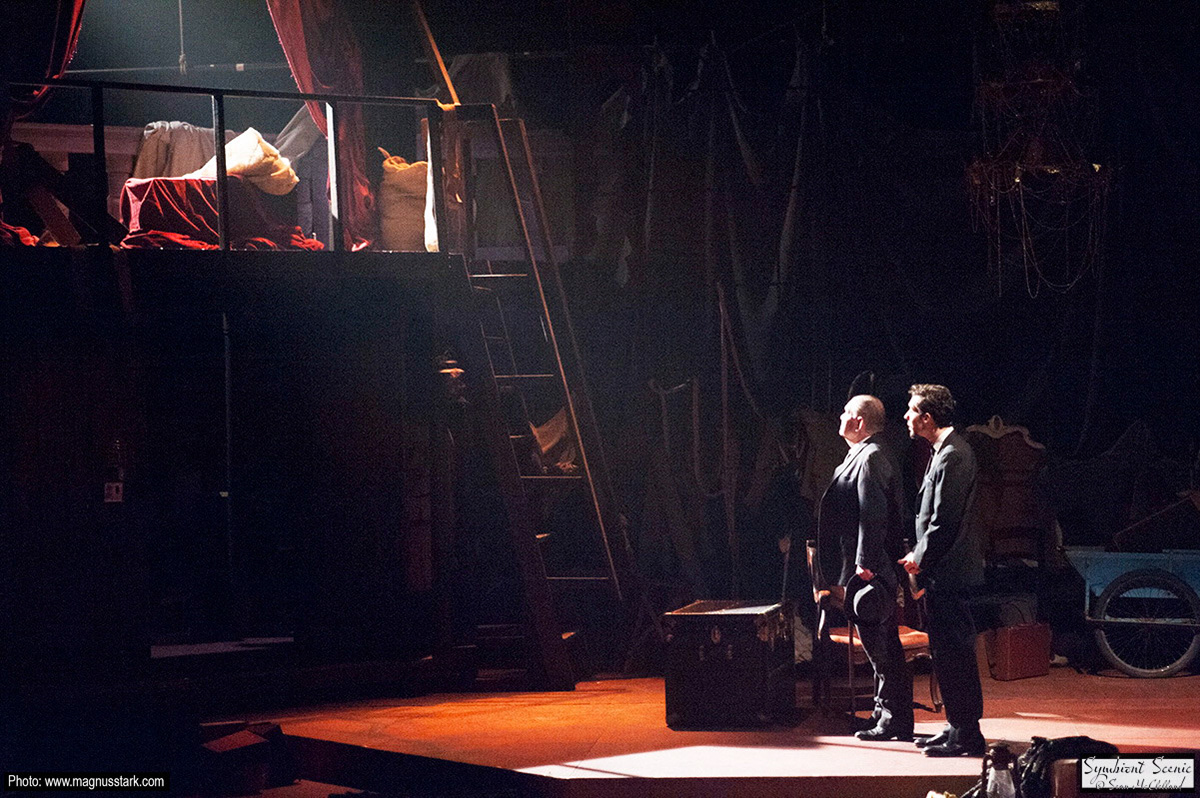 Next To Normal: Slow Burn Theatre
↑Back to Top